The 1964 Wilderness Act was primarily brought into being by Howard Zahniser. Working tirelessly as the president of the Wilderness Society he took the ideas of un-mechanized wildness formulated by Aldo Leopold and Bob Marshall and wrote and rewrote them into the text of the Wilderness Act that he presented to congress and the public. In his definition of Wilderness Zahniser was adamant that these areas were not simply, “pristine land unaffected by people” he accepted that Wilderness with a capital “W” was in fact a, “fancy, human concept” (Turner, 36). In the Act he used precise language to state that, “A wilderness, in contrast with those areas where man and his works dominate the landscape, is hereby recognized as an area where the earth and its community of life are untrammeled by man, where man himself is a visitor who does not remain” (Turner, 36). The key concept was that these lands were untrammeled by human forces. When the Act was signed by Lyndon Johnson in 1964 it designated 9.1 million acres of land. Use the map below to explore the areas that were part of this first designation and ones that followed.

This interactive map shows all of the Wilderness areas in the contiguous United States from 1964 to 2011. Click through the years, zoom to specific areas, and explore information about the designations by clicking on them (Created with data from wilderness.net). 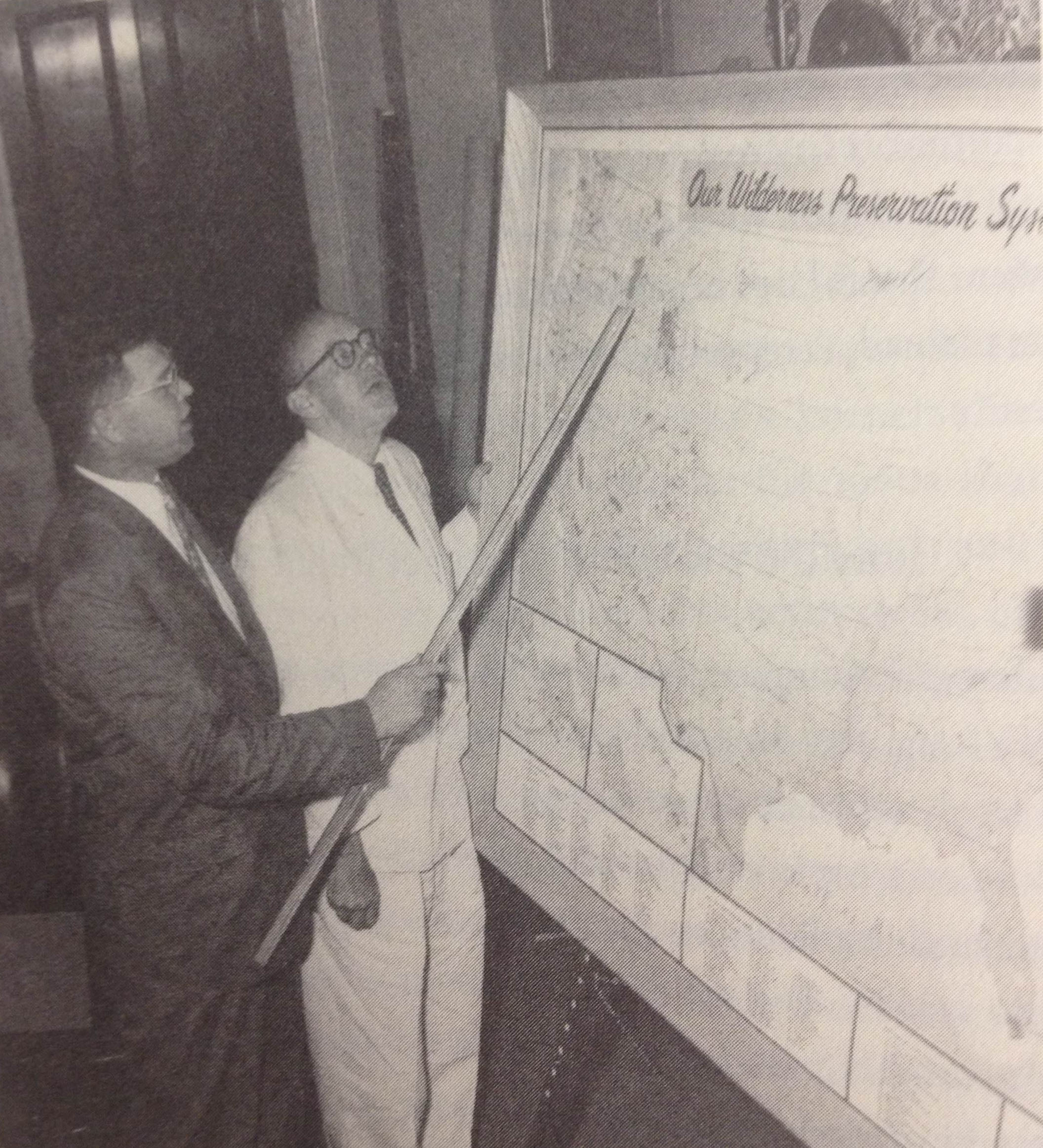 Howard Zahniser presenting a map of the Wilderness Preservation System to a Senator from Montana (Turner, 36).

Sadly, Zahniser passed away before he could see the Wilderness Act signed; however, many designations of new areas, and land preservation battles occurred in the decades that followed. The conservationist and mountaineer, David Brower, was the most prominent figure in these battles that followed. An outspoken proponent of Wilderness and then the president of the Sierra Club, Brower lead several famous campaigns to keep rivers wild. The first battle to save Dinosaur National Monument was a success but sadly the second fight two stop the construction of the Glen Canyon dam failed.

Wilderness protection was not just occurring in the West; in 1975 the Eastern Wilderness Act was passed providing protection for 207,000 acres of land. The passage of this Act took full advantage of the historically used but currently wild and untrammeled lands East of the 100th meridian. Well known areas such as the Breadloaf Wilderness in Vermont and the Smokey Mountains of North Carolina now had the same protection as their iconic Western counterparts (Wilderness.net, 2013).